Please find the slides, video recording and audio only version (if you would like to listen while driving or walking) here.
I started my website yogasukshma.com a year ago with the aim of organizing the yogic knowledge from ancient texts so people can access it easily. Though, it looks like, at my current rate, it will take many lifetimes to accomplish this task, I do write quite a bit and provide a lot of references on yogic topics. You can find the articles here. You can connect with me here on a facebook site I created for this purpose, if you would like to know about these subtle dimensions of yoga. I post articles not very frequently.
I will hold the 6th presentation on the sutra study series on the siddhis (the superpowers of meditation) in two weeks.

Please find the slides for this Saturday’s workshop here. If you would like to attend please register. You can find all the info here.

The date, time and venue (together with online) for the workshop are confirmed. Please find all the details along with the slides here and register if you are interested.

The ashtanga yoga system belongs to the hatha yoga tradition. The word “Hatha” (pronounced Ha-ta) literally means force. Those who have done the primary series of Ashtanga yoga will know that there is nothing “Yin” about this relentless sequence of demanding poses. Though there may seem no resemblance to Patanjali’s sthira -sukham, i.e. steady comfort, there is a reason for doing hatha yoga.

I am planning to hold a workshop on “The Subtle aspects of Hatha (Ashtanga) yoga”.

Venue: In person in a studio + online

Cost: FreeDate: TBD (Saturday or Sunday) in the next 3 weeks.

I am teaching a class named “Ashtanga Yoga: Asanas and Philosophy” every 2nd and 4th sunday at the YIY studio in Mountain View from 10am-11:30am. This is a 90 minute class where the 1st 45 minutes is dedicated to asanas and the other 45 minutes to yoga philosophy. The yoga philosophy will be material from www.yogasukshma.com covering topics on the yoga sutras, meditation, bandhas and other subtle aspects of yoga.The asana portion of the class will typically consist of the starting and finishing sequence of the ashtanga yoga primary series. In every class one subtle aspect of asanas will be focused. For example the aspect of focus in a class can be bandhas, dhrishti, prana, breathing, mudra etc.The yoga philosophy portion will be in the form of slides and will include chants from the yoga sutras etc. If you would like to attend just the yoga philosophy portion, you may come in or login at 10:45 am.The class is free for now. Please find registration info at https://yogaisyouth.com/ 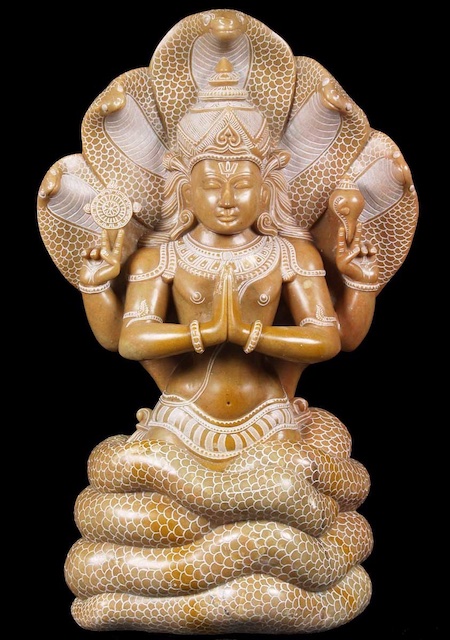 Ever wondered why you felt heavy and relaxed in yoganidrasana but light and energized in Dwipada Shirashasana ?

How I stumbled upon Mudras

Two years after I started doing the Ashtanga Yoga practice, which itself started a few months after my hip joint replacement surgery, I got a basic feel for the Bandhas. In certain poses, when I would touch (using my head, feet, hands etc.) or press into certain parts of the body, I would experience intense bliss, joy and a feeling of love which for a left-brained engineer is very uncharacteristic to describe to others. So I did not ask anyone about why this was occurring. Some Ashtanga yoga teachers would complain that I was not doing the practice correctly because I was spending way too long in those poses beyond the 5 breath guideline that is followed for most poses in the Ashtanga system. They probably thought I had lost focus and was going into a reverie.

Nevertheless, I followed my intuition and continued to explore these intense sensations because I felt there was healing involved. On the occasional day, when I would feel more than normal intense feelings, I would carry with me a sense of well being throughout the day. This feeling, for my highly Vata system, was a blessing.

It was only during a visit to India when I practiced under a very experienced teacher of hatha yoga, himself a long term student of Pattabhi Jois and B.N.S. Iyengar, that I understood that some of the poses where I experienced these feelings were actual Mudras used in Hatha Yoga and that the parts of the body where I pressed during these times, were indeed energy centers (Marma points) that are used in hatha yoga to clear energy blocks and facilitate the movement of prana.

I also learned that Mudras were numerous though a few like the Viparita Karani Mudra, which looks like the shoulder stand, are popular and easier to do than some of the more complicated ones. I was also told that when any asana is modified to the effect of raising one’s energies (I do not wish to use the word Kundalini here because it will sound too grand), it becomes a Mudra.

Some poses in yoga have a symbolism. For example Vasishtasana and Kapotsasana, two poses that require a lot of effort and result in an upsurge of energy through the body, symbolize the powers of sages Vasishta and Kapota respectively. Similarly the leg behind the neck poses in yoga are a symbolism for how the ego can destroy us if we are not careful. The leg that goes behind the head symbolizes a sword as shown in the illustration below. The sword (behind the neck) is a constant reminder that if we are not watchful, the ego will destroy us.